Penderels Trust said farewell to Jackie Wakelin, Chief Executive Officer, on Thursday 29th March who retired after being involved with the organisation since it began, 30 years ago.

Jackie´s friends and colleagues, including some old faces, wished her all the best at an afternoon tea (with a “This is Your Life” presentation) at the head office.

Gary Jones, who was previously our Director of Operations, has been appointed to the role. 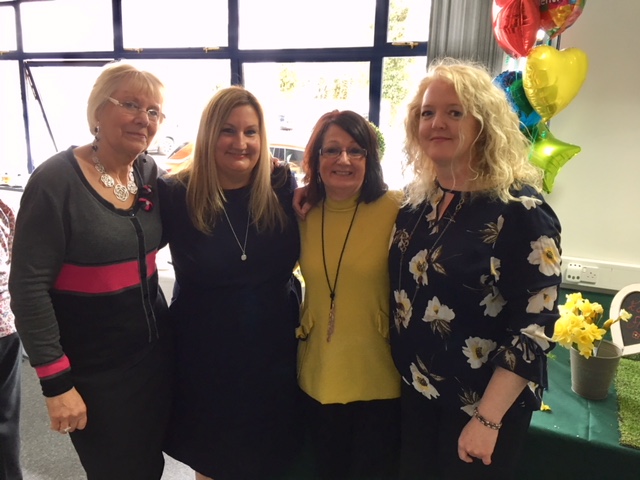 Left to right: Jackie Wakelin, Sharon Carter, Sue Riley and Lucy Curzon who were the original four employees of the Trust (and still work here today).

Download the latest newsletter to catch up with Penderels Trust.